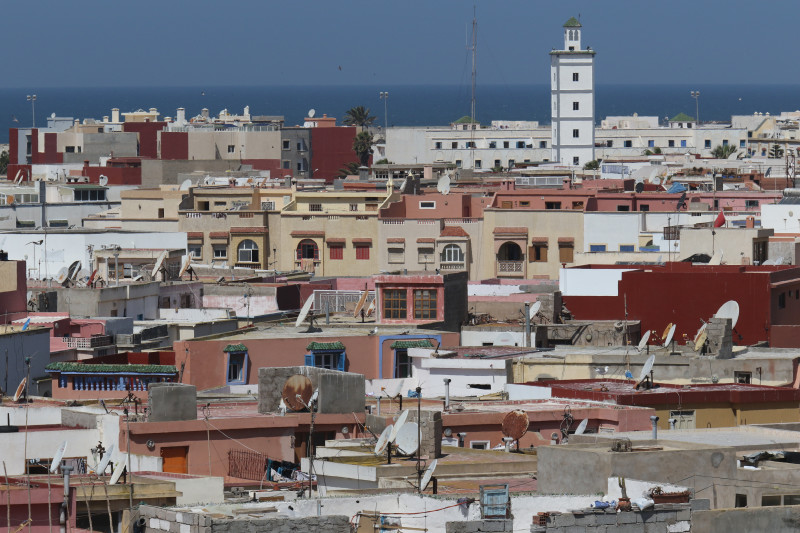 The countries within the Mediterranean Basin Biodiversity Hotspot are home to about 515 million inhabitants, 33 percent of whom live on the Mediterranean Coast. Combined with visits by 220 million tourists a year, the region experiences one of the heaviest pressures from visitors and residents on the remaining natural habitats encountered anywhere on Earth. Partly as a result, the hotspot has the lowest percentage of natural vegetation remaining of any hotspot, less than 5 percent.

Primary threats to the hotspot's biodiversity include:

Large areas of freshwater habitats have been lost, degraded or fragmented, with a significant impact on biodiversity. Thirty-two percent of freshwater fishes in the Mediterranean Basin are threatened by dam construction. Water policies within the Mediterranean region are largely dominated by efforts to increase water supply and construct large water infrastructure, but are reducing groundwater reserves and river and stream flows.

The Mediterranean Basin is one of the most fire-prone regions in the world and has a history of forest fires devastating large areas. Due to climate change, forest fires are expected to become more frequent and have a higher impact. Fragmentation and degradation have reduced the resilience of species populations to forest fires, and made re-colonization of burnt areas harder.

The main sources of pollution in the hotspot are sewage and wastewater from urban sources, pesticide and nutrient additives from agriculture, heavy metals and oils from industrial facilities, toxic chemicals from mining operations, and solid waste from a variety of sources.

Freshwater ecosystems, being the lowest points in each catchment, are the recipients of much land-based pollution, with impacts to their species occurring through pollution and eutrophication (lack of oxygen from dense plant growth caused by an excessive richness of nutrients).

Biodiversity loss in the hotspot is linked to intensification of agricultural activities on the one hand, and the abandonment of farming on the other hand. Intensification is generally associated with high yields, but also with significant changes in the natural environment. Abandonment often results in the loss of cultivated landscapes and corresponding habitats.

The economies of some Mediterranean Basin countries are reliant on revenue from mass tourism. As tourism increases and human populations grow, there are further strains on the limited marine and terrestrial resources.

Urbanization, associated with population migration and the development of the tourist industry, has exposed previously sparsely inhabited areas of coastline to intense pressure from land-use change.

Transportation infrastructures lead to a disruption of the natural habitats, splitting them into distinct patches. This fragmentation, in turn, has negative consequences on species populations and limits or disrupts species migration.

Read more about these and other threats in chapter four of our ecosystem profile (PDF - 31 MB).